The company which is behind the hugely successful My Very Hungry Caterpillar franchise is based in Trinity Street, Dublin.

The vacancies are for:

These vacancies are full time.

For more info and to apply go to: https://www.touchpress.com/careers/ FreemantleMedia Kids & Family has announced today that it has signed a deal with award-winning Irish studio 9th Impact to produce a Danger Mouse licensed app.

The Danger Games app will be available globally on App Store and Google Play Store this summer. Taking the episode Quark Games as its inspiration, The Danger Games app takes fans on a mission-busting journey which allows users to interact with the World’s greatest secret agent on multiple levels.

Ahead of its anticipated release, the app will be unveiled to the public this August at Gamescom in Germany.

Danger Mouse burst back on to CBBC in 2015, the high-octane comedy animation follows the adventures of the eponymous secret agent and his ever faithful sidekick Penfold as they engage in all manner of mind-blowing missions aided, abetted and aggravated by a menagerie of old and new allies and adversaries.

Tessa Moore, SVP Global Brand Management FremantleMedia Kids & Family said: “With the second series of Danger Mouse back on CBBC screens this year, we are thrilled to be working with 9thImpact on this exciting new digital partnership. We hope consumers will have as much fun interacting with these innovative games as they have watching the show.”

9th Impact is an award-winning game development studio based in Galway, Ireland. With a workforce of, Irish artists, French animators, German and Irish engineers developing mobile games in partnership with other artists, studios or rights owners.

Finn Krewer, Head of Development at 9th Impact said: “Our team are all huge fans of Danger Mouse and our mission is to make a game that our fellow fans of the show young and old will love. We’ll be releasing snapshots of the game as it develops on the game’s website and social media.”

To celebrate today’s announcement, consumers can get their hands on a free sticker pack full of characters from the world of Danger Mouse exclusively for iMessage users available on the App Store.  Link to iMessage Stickers: https://itunes.apple.com/gb/app/danger-mouse-stickers/id1197019341

The Little Acre is now out on iPad and iPhone.

The Little Acre follows the story of Aidan and his daughter, Lily, set in 1950’s Ireland. After discovering clues as to the whereabouts of his missing father, Aidan begins investigating until he inadvertently finds himself transported to a strange new world. Ever the hero, Lily sets off after him, encountering her own perils along the way. Featuring full voice-acting and hand-drawn animation, The Little Acre is a memorable, lovingly crafted adventure game.

The Little Acre is developed by Pewter Games, alongside Executive Producer Charles Cecil (Broken Sword, Beneath a Steel Sky). 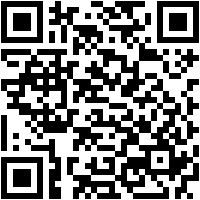 This year’s Inspirefest 2017 will again include a range of Family Fringe events.

Hosted at Accenture’s The Dock building on 8 July, the free event is set to have some of Ireland’s most exciting workshops for kids, allowing them to create whatever they like, from board games to their own soft robots. Familiar faces from gamedevelopers.ie, GameCraft and Coding Grace will be involved along with a host of others.

Gamedevelopers.ie and GameCraft will be collaborating with Inspirefest to run two workshops  that allow children who love board games (and their parents) to put their good ideas to work and create their very own games, with GameCraft UnPlugged providing all the necessary tools.

Each game session will be 1.5 hours each, one in the morning and one in the afternoon. Materials are provided on the day to make your crazy game, you don’t need to bring anything but you and your family. Come along, say hello or join in. Attendance is free but you must register in advance via eventbrite –https://www.eventbrite.ie/e/inspirefest-family-fringe-accenture-the-dock-8-july-tickets-34921355715