The game is based on the smash hit 90’s animated TV series of the same name which was a staple of “The Den” programming on Network 2 from 1993 to 1996.

The Galway-based company won the licence to develop the game following a competitive selection process during which they beat off larger international game studios to clinch the deal.

The show’s creator, Rick Ungar, is confident that the game will be well received by the large fan base of the cult classic series. “I think Biker Mice Fans will enjoy the snappy banter, classic catchphrases and irreverent satire that they would expect from the series, in addition to the non-stop action.” Players choose one of the Biker Mice characters and ride through the streets of Chicago, following trails or battling enemies.  Each level completed reveals the next instalment of the story of that episode.

There are currently 2 episodes available, one clearly poking fun at a recent movie franchise and the other featuring a billionaire character running for President.  There is an endless mode available for each episode to compete for highscores or to earn coins which can be spent on upgrades.

Biker Mice from Mars uses the usual swipe and tap controls from the endless runner genre but the lazer shooting, pursuits, boss fights and heavy use of story throughout make it a richer experience than the typical endless runners.

The producers, artists and developers behind the game were all fans of the show since childhood.  “I think the fact that we are huge fans is evident in the attention to small details throughout the game” says producer Mark Quick.

Players unlock cards, trivia and mini-games as they complete levels or certain objectives in the endless mode.  These cards are rich in detail from the show which will appeal to fans or newcomers seeking to learn what all the nostalgic fuss is about.

Biker Mice from Mars is an animated series created by Rick Ungar which first aired in 1993.  The series features 3 motorcycle-riding mice who escape a war on their home planet of Mars and arrive on Earth, crash landing in Chicago.  Earth is in danger from the same fish-like race who destroyed Mars.  One of the Plutarkian race, Lawrence Limburger, is disguised as a human business magnate and is trying to steal Earth’s resources but the Biker Mice are on hand to foil his evil plans.  The show was hugely popular in many countries at the time of broadcast and gained a dedicated worldwide cult following over the years. The series spawned two previous games – one on the Super Nintendo console (1994) and the other on Play Station 2 (2006). The studio is currently working on new episodes to extend the action runner game and intends to develop an adventure style game based on the same series in 2016.

Biker Mice from Mars is available on App Store and Google Play: http://onelink.to/cpy4k8 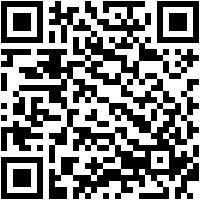 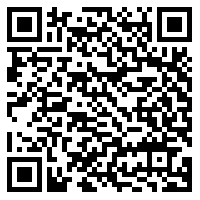 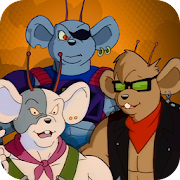 Richard Barnwell from DIGIT is speaking at Startup Grind Dublin next week.

Richard is CEO and founder of DIGIT Game Studios, based in Dublin. He was interviewed for gamedevelopers.ie recently. StartUp Grind Dublin events are focused on delivering an inspirational and educational meetup for aspiring entrepreneurs, or those looking for an insight into a particular industry – the format of the meetup is a one-to-one fireside chat between Richard and David Scanlon, director of StartUp Grind Dublin. It’s unscripted, no slides or pitching, and is intended to celebrate and explore the grind of being an entrepreneur.

Tickets cost €15 (plus fee) but, if you follow this link or use the access code “gamedevelopers”  you can get a 2-for-1 discount code!!

Any tickets bought will include a 50% discount for the SUXmas party (http://www.suxmas.com/) which takes place after Startup Grind.

As many of our readers already know Brenda and John Romero moved to Galway in the West of Ireland this Autumn, just in time for our torrential rain and floods. When did they last see rain like that!

They have been busy. They have established Romero Games Ltd. Brenda was also elected to the board of Imirt, the new association representing game makers in Ireland. See http://www.imirt.ie/news/2015/9/28/imirt-board-election-results

And now we hear that John Romero has had the 1988 game Dangerous Dave translated into Irish!. Well we are presuming he didn’t do it himself.

They were both in Ireland last year when Brenda came on a Fulbright Tech Impact Award and visited nearly every educational institution in the country that taught game design.

They probably know more about the West of Ireland than most of the Dubs on here!! (Joke)

“GDC is the single-most important event of the year for the game industry,” said Brenda Romero, chairperson of Imirt. “By providing these scholarships, we not only increase the Irish presence at the show, but increase the knowledge base within the country as well. We’re grateful to GDC for making this possible.” Romero also serves on the GDC Game Design Advisory Board.

The scholarship provides attendees with an all-access pass to GDC, normally valued at €1845. Recipients will be able to attend the main GDC conference as well as the two days of tutorials and summits that precede the main event.

Winners were selected based on answers submitted to the review committee which was composed of Romero, Laralyn McWilliams and Llaura NicAodh.

For winner Jen Carey, a Dublin-based game writer and designer, the GDC scholarship provides a great chance to network with international game developers she would not otherwise meet. “Since collaboration is such a big part of creative industries, the opportunity to get to know so many amazing people is invaluable,” said Carey. “I’m hoping to learn from everybody there and in turn let them know about the brilliant work done in Ireland by so many talented people.”

Imirt: The Irish Game Makers Association represents game makers from all disciplines throughout Ireland, both analog and digital. Among Imirt’s members are thirty nine company founders based in Ireland as well as developers from thirty four game companies developing games on consoles, PC, mobile, VR and tabletop. Imirt members come from all sectors of the game industry including developers, educators, middleware and support services.

Digit are hiring again in their Dublin office.

They have jobs across Business, Creative, Technology and Product.

Don’t know much about them? See our last feature and interview.