Galway Film Centre is delighted to announce the inaugural FÍS Games Summit which will take place online as a series of talks on Thursday February 25th. We are excited to be able to confirm Warren Spector as our first speaker who will be in conversation with Brenda Romero about his career in the games industry and will be taking questions from the attendees.

We will be revealing more guests over the coming days and weeks.

Galway Film Centre manager Alan Duggan said: “The Irish Game Industry has long been approaching a tipping point of critical mass allowing skilled developers and creatives to stay in Ireland to work in this industry, and even found their own companies. Over the last decade we have seen significant encouraging growth, and at Galway Film Centre we want to foster that momentum and support that growth. For that reason we have created a programme for the Fís Games Summit with internationally renowned developers, as well as Irish success stories, that is sure to inspire and embolden all Irish developers.”

The theme of this year’s FÍS Games Summit programme is Journeys. Whether it is the journey to publishing your first game, the journey to seeking funding, or the lifelong and storied journey of a career decades in the making, we want to use this summit to share with Irish developers some of the journeys one must take throughout their time in the industry.

Tickets are FREE and are open to all Irish game developers, follow this link to Eventbrite where you can register. 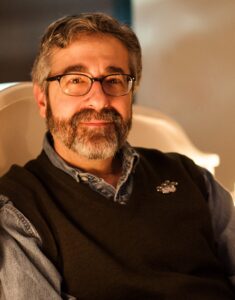 Warren Spector has been making games for 37 years.  Best known for his work on the Deus Ex and Disney Epic Mickey games, he also worked on several entries in the Ultima series. He began his career in 1983 in tabletop games, with Steve Jackson Games and TSR, before moving into electronic games in 1989 where he worked at Origin, Electronic Arts, Looking Glass, Ion Storm and Eidos before starting Junction Point Studios, acquired in 2007 by the Walt Disney Company. In addition to his game work, he is a published novelist (The Hollow Earth Affair, 1988) and comic book author (DuckTales: Rightful Owners, 2012). From 2013 to 2016 he was Director of the Denius-Sams Gaming Academy in the Moody College of Communication at The University of Texas at Austin. In 2016, he partnered with Paul Neurath in the creation of indie developer OtherSide Entertainment. He was awarded the Pulcinella lifetime achievement award at the Cartoons on the Bay conference in 2011, and in 2012 received a Lifetime Achievement award at the Game Developers Choice Awards as well as an Honorary Doctorate from Columbia College of Chicago.

FÍS Games Summit 2021 is the inaugural event of what will be a recurring annual summit. The event is hosted by Galway FIlm Centre in association with Screen Skills Ireland, and with the support of Romero Games, Creative Europe Media Desk Galway, Northern Ireland Screen, the WRAP Fund, and Imirt. The goal of the summit is to help foster growth and success in the Irish Games Development community by providing Developers on the island of Ireland with a unique opportunity to engage with talks and presentations that will help them in their own careers.