We received an update about a 3D animation masterclass with Kyle Balda that’s happening in October. Details below!

In association with the 2014 Dublin Animation Festival, Animation Skillnet have organised a one day 3D Animation Master Class with renowned Animation Director Kyle Balda.
Kyle Balda has been working in feature character animation for over 20 year, most notably with Pixar Animation Studios and Illumination Entertainment.
His credits include: The Mask (1994), Mars Attacks! (1996), Jumanji (1995), The Frightners and Cloudy with a Chance of Meatballs 2 (2013). At Pixar he animated on A Bug’s Life (1998), Monsters, Inc. (2001) and worked as directing animator on Toy Story 2 (1999). At Illumination Entertainment he was head of layout for Despicable Me (2010), he co-directed The Lorax (2012) and he is currently co-directing Minions (2015). Kyle is also well known for his 3D animation masterclasses at renowned European and Asian film schools including Gobelins and the Animation Workshop.
For more information on the master class see: http://animationskillnet.ie/?p=537
Full details:

This Course Will Cover:

FOUNDATIONS
Fundamental concepts in Animation and the animator’s role in the storytelling process.
A new look at the Classic Principles: the question of how computer animation has altered the way we think about the classical principles while discussing some new ones that have been discovered over the years.
The Graph Editor: From Circular Movement and arcs to overlapping action, the graph editor is the best existing tool to master your animation.

PHYSICALITY
Kinesiology and Character Set-up: this module takes a non-technical approach to character set-up and how animators should handle the controls of the model.
Physically Based Animation: Animating from the Inside Out: How to deal with weight and action based animation?
Walk Cycles: Here we take a step-by-step look at the walk cycle and begin to understand how the body moves in space.

ACTING
Thinking and Feeling: Through the examination of various clips, a deep exploration of story beats will take place to clearly communicate what characters are thinking and feeling. We will discuss the positive and negative reversals characters go through in the story telling process and how animators can show these changes to progress the story. As well, we discuss what it means for the audience to effectively be ahead or behind the story.
Subtext: The most elusive principle in acting. How does the animator elevate their performances from simply being clear to the lofty heights of entertainment?
Animating the Eyes: The eyes are the window to the soul of the character. Here we take a very detailed look at the subtle mastery of eye animation as this is where the audience is looking and connecting to our characters.
Staging: The single most vast principle of animation, in fact staging is an art form all to itself. In this module we will discuss how to lead the audience’s eye on screen and dealing with multiple characters within a shot. As well we will explore some basic cinematography that animators should know in order to maintain good character staging and silhouette.

Participants should be currently working as animators in the sector and have a good understanding of animation generally.

Kyle Balda has been working in feature character animation for over 20 year, most notably with Pixar Animation Studios and Illumination Entertainment. He began his career in the early 90’s as a student at Calarts and soon after joined the crew of Industrial Light and Magic where he animated on such films as The Mask (1994), Mars Attacks! (1996) and as supervising animator on Jumanji (1995). After animating the Grim Reaper for Peter Jackson’s The Frightners (1996) at Weta Digital in New Zealand, Kyle returned to California to work at Pixar on A Bug’s Life (1998), Monsters, Inc. (2001) and as directing animator of Toy Story 2 (1999). Following a number of years conducting 3D animation masterclasses at renowned European and Asian film schools and directing short form animation projects, Balda returned to feature production in Paris as the head of layout for Illumination’s Despicable Me (2010) followed by co-directing The Lorax (2012). Balda has since directed a number of short films for Illumination and is presently directing Minions along side Pierre Coffin which is due for release in 2015.

Those interested in the Master Class can register and pay here: http://animationskillnet.ie/event-registration/?ee=39

Please notes that there are only 25 places available on this Master Class!

Organised in association with the Dublin Animation Festival. 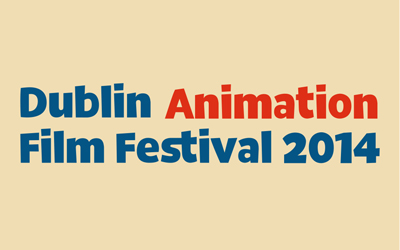