Dublin based Digital Furnace Games has announced the release of Onikira: Demon Killer for PC. Onikira will launch across Steam and other digital stores on Thursday 27th August priced $13.99, £10.59 or €13.99.

Launched in association with Headup Games and Merge Games (Germany and UK respectively), Onikira: Demon Killer is a 2D side-scrolling, beat’em-up set in a fantasy feudal Japan. Players assume the role of Yamazaki Jiro, a lone samurai battling to prevent the forces of the Japanese underworld, Yomi, from taking over the world of the living.

Onikira: Demon Killer blends together complex deep fighting mechanics of traditional 3D beat-em’ups and merges them with classic 2D platformer mechanics. Some will prefer to go toe-to toe with heavy weapons and mash some buttons while other players will prefer a ranged game, avoiding heavy melee encounters and the game’s expressive fighting system enables each player to engage in the way that suits them best.

Onikira: Demon Killer will boast seven challenging areas and players will be able to express themselves with over 40 uber-cool moves and using four devastating weapons. Each level is littered with foul demons that players must dispatch back to the underworld. Players must also face two mini-bosses and two epic mega bosses. Responsive and Expressive Combat System – players are rewarded for strategic and skill-based fighting. Play flows naturally from move to move, allowing the player to create new combos that haven’t been designed explicitly by the developers.

Soul Shop – souls are the currency of Onikira. Use them to revive your health and trade them. At certain points inside each level, the player will find rifts into Yomi where benevolent spirits will trade moves for collected souls.

Specific enemy types – with their own unique vulnerabilities, every enemy emphasises a particular fighting style, like a floating, possessed Mempo mask that encourages the use of air game or a monstrously twisted high-ranking samurai, where hit and run tactics are the best way to stay alive.

We are an independent games publisher located near Cologne in Germany and have recently been awarded Best German Publisher in 2012 and 2013 by the German Developers Association. Together with our partners, we focus on the contentment of our customers and the best gameplay experience delivered at the fairest price-quality ratio. Since our foundation, we have published over 70 SKU’s, including many projects from highly talented developers that are known for their potential and creativity. Our portfolio features high-quality games such as Super Meat Boy, The Inner World, The Binding of Isaac, Terraria, Limbo, The Basement Collection, Grotesque Tactics, Q.U.B.E., Frozen Synapse and many more as well as the million sellers #1 iOS Hits The Inner World, Bridge Constructor and Bridge Constructor Playground. Furthermore, we offer internationally growing companies the possibility to enter the German or European market with an honest and experienced partner on location. Fair and transparent relationships with our business partners are the basis of our company’s mission statement. More information can be found here

Digital Furnace Games is an independant game developer based in Dublin, Ireland. We specialise in independent games that use the latest hardware and state of the art software to create visually stunning experiences. For more information, click here.  They are active on the local Dublin indie scene and involved in Gamecraft. 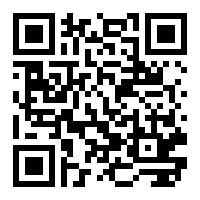