Pavel Barter talks to John Halloran, co-founder of SixMinute Games, about how the independent mobile game studio rose from the ashes of PopCap to become a leading light in Irish game development.

Failure is not always an option, but the team at SixMinute Games consider it a stepping stone to success. In January, 2014, the independent development studio began developing mobile game Pick A Pet. Six weeks later, the game had a soft launch in the Philippines. In Pick A Pet, players use pets, each sporting a special power, to match puzzles. Would people enjoy the idea? How long would users play it? How frequently would they change pets? SixMinute had dozens of questions about the game – and only players could provide the answers.

John Halloran, co-founder at SixMinute, recalls the process: “We can see the number of fails and re-tries on each level. Why are people dropping out at the third screen? Why are people not getting past level three, even though it’s definitely do-able?  You replace an early version of the screen with a more polished version. Does that work? Does it increase the number of players? Can we get people to level 20?”

Ultimately, the team wanted to know if the concept worked. “If users don’t enjoy this element of picking and choosing pets, we should stop. It’s about deciding whether or not to continue working on it.”

As it happened, Pick A Pet was a triumph. The game amassed around 25,000 users in the Philippines within a few weeks. Having ironed the creases out of the game, the company launched it in Ireland in April, 2014, followed by a global launch in July.

Halloran is in the rec room of SixMinute’s offices, in a building off Dublin’s Camden Street. Much has changed since September, 2012, when US developer PopCap, creator of hit franchises Bejeweled and Plants Versus Zombies, closed the doors of its Dublin offices.

Halloran and other members of the PopCap team then set up SixMinute, but they wanted a different approach to development. All of them had developed products at PopCap that were never released: a common strategy for a large studio. From the start, SixMinute’s strategy was to launch games quickly, then test them in markets before undertaking a big launch. “The idea is you want to fail quicker,” explains Halloran. “You want to understand whether this game is going to work or not… and understand what people like about the game.”

SixMinute, which has 11 employees at present, inherited the attributes that made PopCap a world leading mobile developer. Notably, a focus on design and polish. When Halloran first started working for the company in 2005, making a Nokia version of a PopCap title, he needed to raise his game. “In PopCap, everyone has to understand game design, whether you are a programmer, a tester, producer. It’s key to everything,” he says.

John Halloran became a mobile game aficionado early in his career. At Abertay University, in Dundee, his training was geared toward AAA games for PlayStation or Xbox, and working in large teams. But he found himself working in mobile at an early stage of the technology, developing the J2ME mobile game MotoX, while still in Scotland, in 2005.

“I preferred smaller teams, the fast pace of advancement of technology,” he says. “I always felt the need to be more central than peripheral. I would find it quite difficult to be an engineer doing physics code in a big team for a AAA game. Smaller teams, making games over the space of a few months, releasing them and going on to the next game, was my passion.”

When he returned to Ireland, Halloran helped set up a Dublin branch of U.S. development studio TKO Software, which lasted a few months before folding in 2005. TKO’s Irish mobile team then set up mobile development studio Gamavoo, which was acquired by PopCap toward the end of 2005. “We were happy when PopCap came on board and took us over. It was a great thing to happen – we knew they were a great company and were going on to do great things. I was in PopCap for seven years. There was only about 50 people in the company globally when I started. There was over 600 when we finished up. It was a great opportunity to be a part of that and see how a company develops.”

When PopCap closed its doors in 2012, almost 100 jobs were lost. “I don’t think it’s a failing of the part of people in Dublin,” reasons Halloran. “PopCap was going through a lot of changes at the time – there were cuts across the board.

Five PopCap alumni – Séadna Long, John Halloran, Rory Walsh, Brian O’Donnell, and Paul O’Donnell – stayed in Ireland to establish their own company, although Walsh dropped out along the way. Some outsiders considered it a risky venture. Surely having five directors would lead to creative disagreements and contractual difficulties?

“We heard that so often. It made us very self-aware. It wasn’t something that scared me. Having been through so much with these guys, we know each other well.” Brian studied at Abertay and lived with Halloran in Scotland. Paul, Brian’s younger brother, worked at PopCap for five years. “We’re pretty solid,” says Halloran. “You need to have disagreements and differences of opinion. But we’ve been through enough, throughout our years working together, to be able to lead without friction becoming too much. That’s not an issue. There are bigger things to worry about.”

SixMinute was self-funded for its first six months. They were founding members of the Games Ireland incubator unit in the IFSC in early 2013, and secured investment that summer. By this time, they had released Monster Mini-Games for Facebook. Using Nintendo’s WarioWare as inspiration, Monster Mini-Games, released as an Android app later in 2013, was a collection of casual games with names such as Monster Pop, Egg Head, Monster Match, Flapper, Whack-A-Monster, and Word War M.

“I knew I’d love making that game,” says Halloran. “Every week or two, we’d make a new game. Myself, Brian, Paul, would split off and do our own game. If it became profitable, we’d [still] be sitting here making mini-games. That sounded like an ideal scenario for me: throwing out small games and having an audience waiting for new content every few weeks. We wanted to create a game where you play against a friend, take multiple turns, and don’t know what game is going to come next. The hardest part about that is, you have to bring casual players through multiple games. New users might not understand it.”

In the end, Monster Mini-Games was too high concept for most players. Despite there being precedents with games such as Dumb Ways to Die and Mario Party, SixMinute could not get the overall meta-game to work. Was it a risky venture for a first project?

“In hindsight, yes. But it was a great learning experience that made us do things really quickly,” says the SixMinute co-founder. “Even when I was making that game, I thought it was a big venture to undertake: ‘We are going to learn to make games really quickly and make them polished as individual teams. We’re not dependent on each other as one big group’. The company’s ethos was founded with that game. It got us noticed in the industry. A lot of the contacts I made with bigger companies around Europe were made through that game. That was the foundation that allowed us to do what we’re doing now.”

SixMinute are not scared about taking risks when making games, but Monster Mini Games proved that self-publishing has pitfalls. So for its next game, the company partnered with a publisher, FingerSoft in Finland.

Since its launch in 2014, Pick A Pet, for iOS and Android, has hooked players around the world. SixMinute is confident the game will break a million downloads in its first year. In December, 2014, another Finnish company launched the game in China. And the story is not over. Players, eager to tackle new levels, are constantly waiting for new content updates.

SixMinute use the freemium model, simply because it would be difficult to operate a company of this size with premium games. Pick A Pet has an in-app currency that allows players to purchase items and feed their pets. At the end of each level, you can buy more turns. The studio has begun to integrate video advertisements into the game, as an alternative for users to buying premium currency. While this makes up only a few per cent of revenue stream at present, Halloran predicts it will increase in the future.

SixMinute’s model of mobile game production affects everything from team-size to recruitment. Pick A Pet had six or seven people working on it when in full production. Now a couple of developers manage the project, whether testing, designing new levels, working with artists, or dealing with business partners in Finland and China. Halloran looks for multi-tasking skills in everyone he recruits. “The longer things have gone on, the more we’ve turned to multi-skilled people,” he says. “People who are experts and broadly skilled as well. Everyone in the team needs to be a game designer, and understand art and coding. You have to do a bit of testing, production. The team needs to manage itself. I look for that from nearly everyone I hire, even artists.”

Even when SixMinute is not actively recruiting, the studio is always interested in hearing from prospective employees. “Half of the people we take on are when we are not planning to hire someone. I always look at CVs. If someone wants the opportunity, I’ll always listen to them.”

SixMinute’s Irish base has advantages. The company has a symbiotic relationship with Google and Facebook. In December, 2014, Halloran gave a talk for Google business leaders about his experience of making games and running a small games studio. “They help us out quite a bit,” he adds.

As well as nurturing Pick A Pet, SixMinute has started work on two new casual games. In 2015, the studio hopes to release a game on Android-based TV platforms, such as Amazon Fire or Nexus Player. The business of mobile gaming, though, is constantly evolving.

“That’s why I love working in mobile,” says Halloran. “When I was making Nokia games, or J2ME games, it was all about getting Vodafone to take your game, then getting it pre-installed on Nokia handsets. The app store revolutionised this business model. Now you no longer have to be a company like PopCap, getting deals with other big companies. Now anybody can make a game. That was the biggest revolution in mobile games.”

In a few years’ time, the industry will probably have changed all over again. “Who knows where it will go? I suspect China is going to be a big market over the next three years. Advertisements, as a revenue stream for a casual games studio, will likely rise to the fore as well.”

One constant will remain: casual games that capture the world’s imagination. While John Halloran is optimistic about Ireland’s position in the global gaming hemisphere he contends that the country needs a breakout hit: a Tetris or an Angry Birds, developed on Irish shores.

“When I started the company, I felt the only thing missing from Dublin and Ireland is a big hit game. We’re still waiting for that. That will tie everything together. We’ve seen that level of success from Irish apps, but not necessarily in games. We want to be the company that makes that big hit. That one hit will transform the industry.”

Check out their games 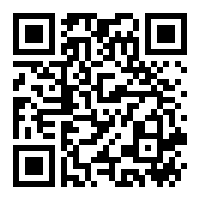 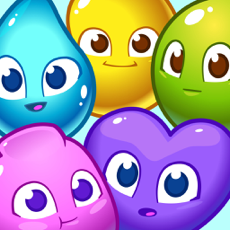 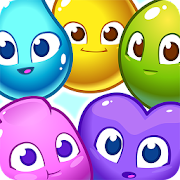 The app was not found in the store. :-(
Go to store Google websearch