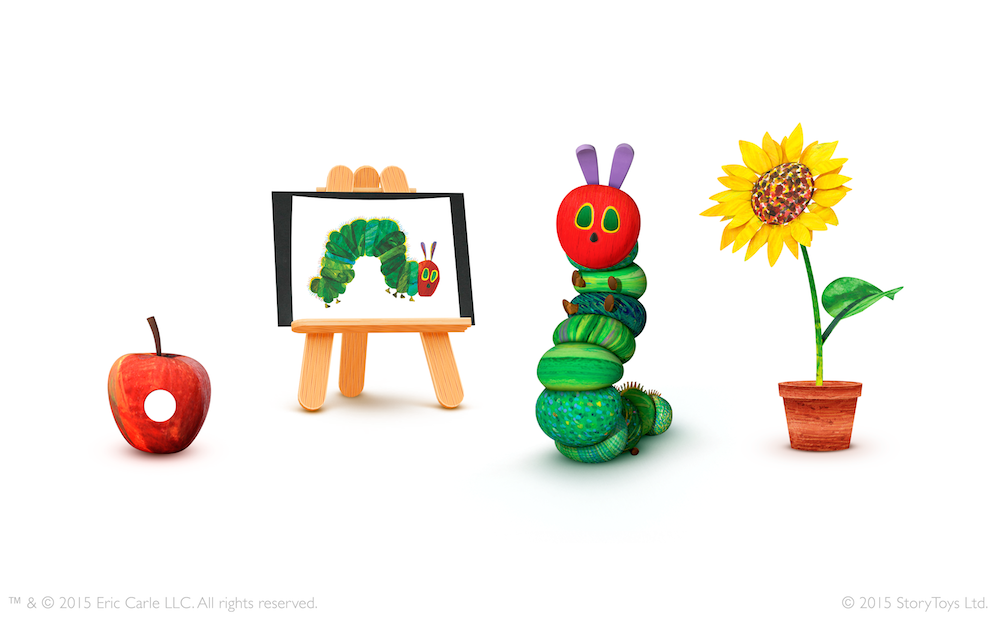 StoryToys, based in Dublin, have been awarded the prestigious Bologna Ragazzi Digital Award 2015 for ‘My Very Hungry Caterpillar’, an app for children based on the work of renowned illustrator and author Eric Carle.

The BolognaRagazzi Digital Award is given by the organisers of the Bologna Children’s Book Fair, the world’s leading event for children’s publishing since 1963. The award is designed to identify and promote innovation and excellence in children’s digital publishing, and is one of the most prestigious in this rapidly emerging global industry. In 2015 the international jury considered 192 entries from 27 countries. For 2015, the “jury decided not to award separate fiction and non-fiction categories, but instead to award a single top prize for an outstanding app that unifies both genres.”

In My Very Hungry Caterpillar the much-loved Very Hungry Caterpillar character appears for the very first time in fully interactive 3D form. Children can nurture, feed, care for, and play with their very own caterpillar in a beautiful 3D environment based on the classic illustrations of Eric Carle. The app delivers a wonderful new experience for the millions of fans of this classic book, first published 45 years ago, and has topped app charts in 30 countries around the world, including the UK, Germany, Japan, France and Italy.

“Everyone in StoryToys is incredibly proud and grateful to have received this recognition from the Bologna Ragazzi jury” said Emmet O’Neill, Chief Product Officer of StoryToys. “Our team did an amazing job building this wonderful app, supported at every step by our partners from The World of Eric Carle and the Joester Loria Group.

We always believed that we had created something special with My Very Hungry Caterpillar. We wanted to create an immersive, personal experience that helped children to connect with Eric Carle’s iconic character in a new way. It is very gratifying to have our work recognised by such a renowned organisation as the Bologna Children’s Book Fair.

I believe this app demonstrates how the creative use of technology can bring magical new experiences to the children’s publishing industry.”

About The World Of Eric Carle™

The World of Eric Carle™ is a design-driven licensing and merchandising program based on the beloved picture books by Eric Carle. A prolific author and artist, Eric Carle has written and illustrated more than seventy books which have sold over 125 million copies worldwide. Like his books, The World of Eric Carle brand draws upon Eric Carle’s approach to creativity, discovery, play and development. Licensing and merchandising programs are ongoing in the US, Japan, UK, Australia and Europe. For more information, please visit: www.Facebook.com/theworldofEricCarle

Headquartered in Dublin, Ireland, StoryToys creates and publishes highly innovative and entertaining software for children including interactive books and games.