We are delighted to announce that indie developer Gambrinous, in partnership with indie publishing powerhouse Versus Evil, released Guild of Dungeoneering for PC in July. The innovative and entertaining new card driven dungeon-crawler combines dungeon building, exploration and combat mechanics with nostalgic ‘hand drawn’ style graphics on graph paper and is now available to buy on Steam and GoG.com for €14.99/£10.99 and Deluxe Edition for €19.99/£14.99.

Guild of Dungeoneering turns traditional dungeon crawling on its head by putting a new spin on classic game play – rather than controlling a dungeoneer, players build their dungeon around him (or her). Using a random deck of cards, players can expand the dungeon and strategically place loot and monsters to lure their dungeoneer in the direction they want him to go.  When their dungeoneer confronts a monster (either willingly or not), battle lines are drawn and the victor will be decided on how cunning a player is with the hand that’s been dealt to them.

“We’re incredibly excited to share Guild of Dungeoneering with the world,” said Colm Larkin of Gambrinous. “What started as a weekend project has blossomed and become something beautiful. I think the game taps into a pretty unique blend of tabletop and role playing nostalgia. I’m really proud of what we’ve made and can’t wait to see what everyone thinks.”

Over time, as players collect enough gold and gain more experience, they will be able to build out their own Guild by adding rooms to attract more-powerful adventurers and unlock better weapons and special cards for their Guild deck all in the name of fame and fortune.

“Guild of Dungeoneering brings to life the dungen crawler in such a unique, fun way through cards that ooze character,” said General Manager Steve Escalante. “Through its nostalgic, hand drawn look, its clever use of music and deep adventures, Guild of Dungeoneering has captured the TCG and Roleplaying gamers in the Versus Evil team.  We are so excited you can now all play this wonderful indie title.”

For more information about Guild of Dungeoneering, visit www.guildofdungeoneering.com.

Check out the launch trailer here:

Gambrinous is an independent studio based primarily in Dublin, Ireland. Initially a kind of one-man-band run by founder Colm Larkin, it has now grown to a hefty five people as they work on their first commercial release, Guild of Dungeoneering.

Versus Evil, LLC is a US based independent video game publisher.  The company was founded on the principles of helping independent game developers be financially and creatively successful in the highly competitive video games market.  Led by group of AAA games industry veterans, Versus Evil’s services include the full suite of publishing support including brand marketing, community, social, PR, creative, production, QA, legal, distribution and other general business support.  As a global publisher, the Versus Evil team is strategically placed around the world with presences in California, Texas, Maryland, New York, and London and works with indie studios in North America, South America, and Europe. For more information visit: http://vsevil.net/ 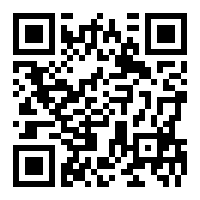