Casual Connect is taking place shortly in Amsterdam, the Netherlands and we are delighted to announce that two Irish indie games have been selected as finalists for the Indie Prize.

Founded in 2012, Rocket Rainbow is an indie developer based in Galway. Last Autumn they released Hay Ewe, a ‘ewe-nique’ puzzle game centering on the adventures of Matilda the sheep!

Matilda is a natural born leader with the unfortunate task of rounding up the ever-mischievous lambs. Using your finger to draw a path you must navigate challenging puzzles and avoid treacherous obstacles with your chain of lambs to deliver them to the safety of the barn.

J. P. Vaughan told us that “We are thrilled to have Hay Ewe nominated as a finalist for the Indie Prize. We worked really hard over the past year and a nomination like this makes us feel really proud of what we have achieved. We’re extremely happy to be standing tall alongside many other great indie games.”

Guild of Dungeoneering by Gambrinous

Gambrinous is an independent studio based primarily in Dublin, Ireland. Initially a kind of one-man-band run by founder Colm Larkin, it has now grown to a hefty four people as they work on their first commercial release, Guild of Dungeoneering.

Guild of Dungeoneering is a turn-based dungeon crawler with a twist: instead of controlling the hero you build the dungeon around him. Using cards drawn from your Guild decks you lay down rooms, monsters, traps and of course loot! Meanwhile your hero is making his own decisions on where to go and what to fight. But will he be strong enough to take on the dungeon’s overlord?

In between dungeon runs you manage your Guild, building new rooms to attract new classes of adventurer and to expand your decks of cards with more powerful items and events. Visually Guild of Dungeoneering looks like something you might have doodled in the corner of your copybook, with a sort of pen-on-graphpaper feel.

Colm Larkin told us “I’m incredibly proud that Guild of Dungeoneering has been selected as a finalist in the Indie Prize. The game has come a long way from its humble beginnings as a gamejam prototype to becoming a top quality indie game. Awards like this one really help show us we are doing something right!

Good luck to both! 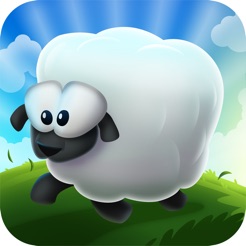